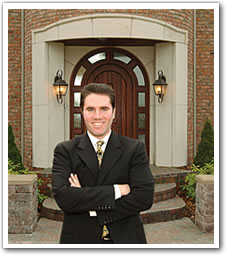 A third generation builder, Richard Kligman states that "building is in my blood." Richard’s grandfather, a skilled finish carpenter, transitioned to commercial remodeling and residential building after settling in Detroit in the early 1920s. Upon finishing his schooling, Richard’s father, Al Kligman (2003 Builder of the Year), followed the path of his father, became a licensed builder in 1956, and founded Superb Homes, Inc., in 1962. With a tradition of excellence behind him, Richard proudly carries the torch forward. After graduating from Michigan State’s Building Construction Management program in 1992, he began his full time career in the building industry and has never looked back. Richard is currently President of Superb Custom Homes, building luxury custom homes ranging from $500 thousand to over $2 million.
Read More